Home Bank Gist What is bank SWIFT code? SWIFTcode Banks and what you need to...

What is the bank SWIFT code? SWIFTcode Banks and what you need to know?

When we talk about swift, it represents society for worldwide interbank financial communication. It has it’s headquartered in Belgium. SWIFT code is mainly for a wire transfer from bank to bank mostly international money transfer. 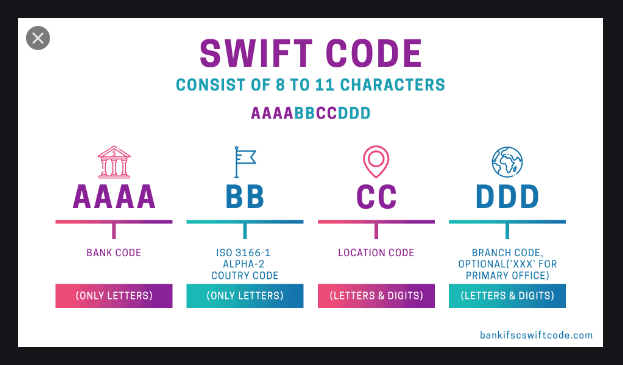 Banks use this SWIFTcode to communicate with them.

It serves both financial and non-financial purposes in the banking world.

It is structured in an 8 or 11 digit code suppurated in the form of Bank code, Country Code, location code, and branch code.

As it stands now, there are over 10,500 institutions in more than 200 countries in the world that are presently registered with the society.

The aim and objective of SWIFT are to enable customers to carry out standardized automated financial transactions that guarantee maximum security.

So SWIFT codes are used by broker-dealers, investment managers, and most especially financial institutions.

This site uses Akismet to reduce spam. Learn how your comment data is processed.